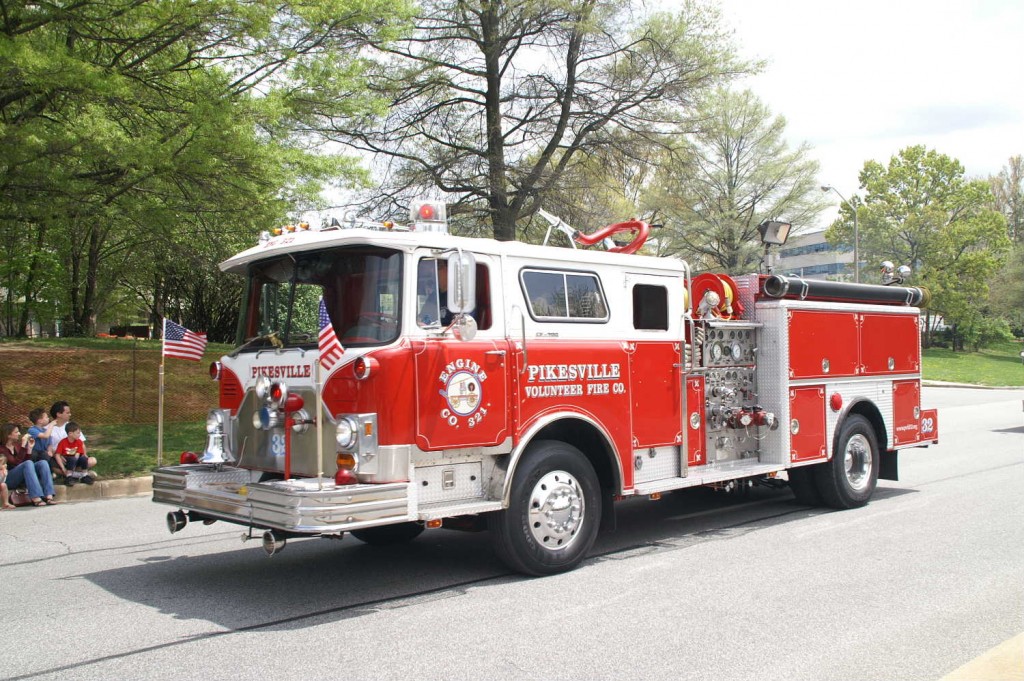 A nugget of EMS organizational wisdom every day.#20 The great ones come in all shapes & sizes. And sometimes they’re just a bit rough around the edges.

I remember Donald Bull and the brief, interesting, occasionally tragic friendship we had back when I was a member of the PVFC from 1989-1991. I had the privilege of knowing Donald Bull before he died the first time.

I was a twenty-nine-year old paramedic when I decided that I’d like to become a firefighter. I had been a medic for almost a decade when the part of my brain that had always provided me with enough sense to run away from the flames broke down. I was in grad school and thought that trying my hand at every aspect of emergency services (more about law enforcement another time) would somehow provide me with more credibility as an EMS administrator. Nothing could have prepared me for the shock to my system. A few people tried to cushion the blow.

Donald Bull was a senior officer at Station 32 of the Baltimore County Fire Department. He was a lifer in the Pikesville Volunteer Fire Company. He was the Superintendent of Machinery and had an important role in the design, construction, and maintenance of much of the lifesaving equipment and all of the rolling stock. He was a displaced redneck who delighted in politically incorrect humour, barbeques, NASCAR racing, and firefighting. Especially firefighting. He had a love affair with the firefighting rigs we worked aboard. Donald loved to scare the hell out of me by jumping out from behind/under/on top Engine 321 as he worked on the engine and/or pump in the waning hours of the evening. He’d jump out and punch me (hard) in the arm and then he’d laugh raucously at the startled look on my face.

He was merciless in his teasing of me during those first few months as a rookie firefighter. I’d have resented the treatment if it weren’t for the fact that Donald Bull also was one of the folks who helped me survive my first year as a grunt. He’d wave me outside the garage door over to near the gas pumps–as if he had some grand secret to share. I remember I was fearful he was going to punch me harder–without witnesses. Then he’d give me some decent homespun advice about the importance of fitting in, of not making waves, of getting the basic job done. He’d always end these diesel-side chats with a hearty smack across the top of my back and a shove back in the direction of the station.

Donald Bull died for the first time when the dump truck he was driving touched a high-tension wire during unloading. The current passed through the rig and plowed through Donald’s chest and face before grounding in the street. The accident happened on Tihlman Island–way out on the Eastern Shore of Maryland. We’re talking a long way from the nearest Trauma Center. Donald went into cardiac arrest; which was probably just as well because he didn’t feel the 2nd and 3rd degree burns that had scarred his face, arms, and chest.

The volunteer firefighters on the island responded to the call and resuscitated Donald Bull. They called for a Trooper: one of the Maryland State Police medevac helicopters. The pilot and medic wondered aloud how much Donald weighed. The Tihlman Island firefighters asked what the upper limit for a medevac was. The pilot said 275 pounds. The firefighters said that by pure coincidence that limit happened to correspond with Donald Bull’s weight. The Trooper slowly took to the air and flew Donald to the Cowley Shock Trauma Center in Baltimore.

No one thought he’d survive those first few hours. It was a rough scene at the firehouse. But Donald was one tough sunnuvabitch and he was stubborn and he fought and he had a solid family and hardcore friends and colleagues and he hung in there. And he was transferred to the Burn Center where he underwent hellish rehab for months on end. And then one day he came home to Station 32. Donald Bull was alive again. He wasn’t quite as pretty as he had been. The burn grafts created patches of shiny new skin meshed into the scars and Donald kind of reflected sunlight with all the skin cream he wore in those first days out of the hospital.

I wondered how the experience might have changed Donald. Other than the aesthetic considerations he was the same king of the engine bay he had always been. You could take Donald Bull out of the Fire Station, but you couldn’t take the Fire Station out of Donald Bull. He waited a few days before he punched the crap out of my arm. He seemed disappointed when I didn’t jump back in shock and surprise. I told him I had missed having him around to help keep me out of trouble. It was the closest thing to a hug I ever received from Donald Bull. It was a two-fisted smack across the shoulder blades that left a mark I could still see in the mirror a week later.

I left Station 32 in 1991 and came home to Montreal to court Dianne. We married in 1993 and I became the Director of Côte Saint-Luc EMS shorty thereafter. I returned to Baltimore several times between then and now. Donald Bull was always the person who reserved the warmest welcome and ensured he punched me at least once in the arm before I headed back home. “You goin’ back to Canada?!” he’d half-snarl, “Well, you be careful up there, son.”

Donald Bull died for the second and last time in 2000. He was working beneath one of his beloved trucks when it rolled forward and crushed his chest. His teenaged son, Christopher, was with his father when he died. The medics from Station 32 tried in vain to resuscitate Donald Bull.

The word came out of Baltimore via email and telephone calls–hushed tearful conversations between men and women who had seen the worst of firefighting and EMS together and had always overcome. And now this. We were invited to gather together again in our dress uniforms to salute and cry and to watch the clouds as Donald Bull is laid down to rest. The drums will roll and the bagpipers will strike out with “Scotland the Brave” and I shall roll my sleeve up high to bare the spot where Donald would have punched me (hard) at just such a moment.

I can’t remember the exact date when we lost Donald Bull for the second and final time. He was one of my coaches and I won’t forget him. So maybe it’s not the date of his death that is important. Perhaps it was the first day I met him and that was in late August in 1989.