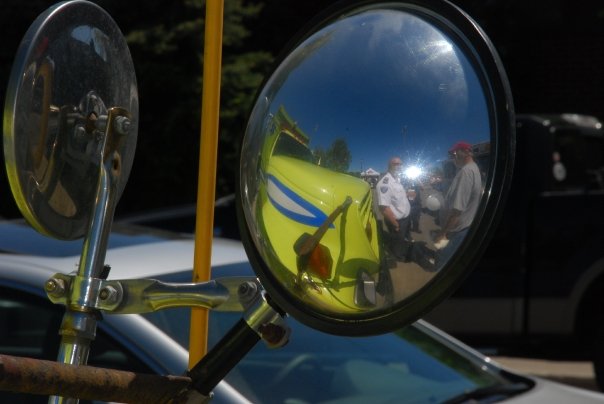 A nugget of EMS organizational wisdom every day. #28 Don’t succumb to stranger danger.

I won’t miss 2011. It was a rugged year and I don’t mind saying that I’d have kicked it into a pig-manure-slurry-filled ditch if the option had presented itself. Hell, I’d have put the year to bed in late November because right after that is when I became aware of a whole new meaning for the words ‘Stranger danger.’

‘Stranger danger’ is how many parents teach their children about why it’s not a good idea to talk to a stranger. “Don’t talk to strangers.” “Don’t tell a stranger your name.” “Don’t help strangers.” And above all, “Never trust a stranger.”

Of course, one of the big problems with teaching kids about ‘Stranger danger’ is that if they’re in real trouble they are unlikely to seek assistance from ‘strangers’  who can help – i.e., paramedics, firefighters, and law enforcement officers. They will, quite intentionally, run away from rescue.

In March 2011, I became a part-time firefighter in a little town near where we live.

I went through the agility test, the police check, the medical, and the interview process and lo and behold I was accepted as a part-time firefighter. I was excited and proud to have returned to the fire service at the tender age of 51. And then the reality of stranger danger set in.

Nothing I could do brought me any closer to being accepted as a member of the team.

While I was fairly comfortable with the idea that my tactical entry days were over (the young guys were busting for the opportunity to battle the dragon I had already met in a previous life ‘on the job’), I figured there was a role to play as a mentor, a subject matter expert, a community advocate, an instructor, a coach, or as an ambassador.

I was, briefly, appointed to being responsible for the health &  safety of our firefighters. It was a great fit given my extensive background in EMS and fire. I began collecting as much information as possible on the dangers of rural firefighting. I talked with colleagues from ‘the job’ to gather their thoughts on rehab protocols that would work in a small-town FD.

Within days I was stripped of the position because the senior officers decided that the responsibility should rest with an officer. No one assumed the role. The message was crystal clear: Far better to maintain a vacuum than allow an outsider the opportunity to lend a hand.

I went to practices and responded to emergency calls. I tried my best to learn the SOPs in a department where there are no published SOPs (or if there are they are not shared with the rookie firefighters). I tried to learn all of the back roads and addresses of the large first-due territory so I spent a good chunk of time exploring, visiting possible water sources, and creating personal maps of properties I envisioned as being particularly high-risk.

I tried hard, probably too hard, to do some good. I found grant opportunities. I talked with private donors willing to step-up to help finance new gear. I searched for training opportunities for my fellow firefighters. I called old friends to see if anyone had any openings for up-and-coming firefighters or medics.

At emergency scenes, I was often relegated to directing traffic. At one high-impact RTC with injuries I found myself about half a kilometre from the scene of the crash standing on a dark highway juggling flares. On another all-hands call, I was instructed to ‘BA up’ and then was told to hike down the road to direct traffic (complete with my BA on my back). I was the rookie no one wanted on their scenes.

Two of my brethren took an interest in becoming my mentors in the department and they walked me through all the gear, the rigs, and the local approach to fighting fire. One of them did so discretely but the other was quite open about helping me out. The latter received an official reprimand for helping the rookies (although, I suppose, in retrospect the intent was to shut me down lest I actually begin to fit in with the rest of the crew).

Truth is, I’d have probably resigned at the probationary review meeting had the officers openly expressed the fact they really saw no way for me to play a meaningful role in the fire department. The feeling of forever being the stranger in their midst had already begun to take its toll and for the first time in a long professional life in emergency services, it was no longer fun. It had become just another part-time job. Each time I attempted to show initiative I was forcefully advised to only do what was expected of me and nothing more.

Problem was that as the calendar wound its way down toward Christmas, the fire department leadership didn’t voice their disappointment or concerns. Instead, I went to more training sessions and emergency calls and they invited me to become more involved. I remember standing around with a few of the officers, each with a beer in hand, casually chatting about trying to get the team together for a fundraising run next summer. The duplicity of that moment still leaves me awestruck.

I volunteered for extra duty and special events and in the end after a meeting wherein I thought I had successfully passed my probationary period, the Chief and the officers voted to have me terminated. They sent their recommendation to the town and the town council voted on the measure and – presto – I was no longer a part-time firefighter. Only problem of many was that no one thought it was important to tell me what was happening.

I had been fired without so much as a word from the leadership of the department. Nothing. No warning. Just like the proverbial deer in the headlights I had been blindsided by an oncoming fire-engine-red Ford F-150 Turbo pickup truck.

Ironically enough, I was fired hours after helping out at the scene of a working incident in our own hometown (something I wrote about it in Leadership is a team sport).

So, my local fire service career ended the first week of December 2011 less than a year after it began.

In an era when volunteer and part-time departments are struggling to find the human capital necessary to wear all the hats (or helmets) required to properly staff an emergency service, how does your organization handle the concept of tapping into local human resources? Do you have a Wisdom Corps of folks who are waiting and willing to lend a hand? How do you recruit for non-emergency role players?

Feel free to share your own best practices and lessons learned.

PS. There’s a 2012 update. Sorry I don’t have better news to report. I volunteered for the community first responder program in my own new adopted hometown. I was rejected without even going through an interview process. Actually, no one could even be bothered with calling me or writing me to tell me I had been rejected. They just started the training program and I wasn’t invited to take part.

So I went out and re-certified as an emergency medical responder back in Montreal on my own time and dime just because I believe that out here it is essential to have some degree of self-reliance.

In the meantime, the community first responder project was having trouble getting off the ground so they held a meeting at town hall. I attended the meeting and they invited me to become involved in trying to recruit people for the team – right up until when I asked if I would be considered for the group. “No thanks” was the reply. No explanation required, apparently.

And so, sadly, the first responder project has been cancelled by community leaders quite willing to cut off their nose if it means being able to spite a relative stranger.

We moved out to the country where I hoped to be able to lend some of my EMS and firefighting wisdom to the community. It didn’t work out that way.  I hope each of you can find a way to be kinder to the newcomers in your midst. My guess is that each of them can bring something valuable to the mix you have created over the years. 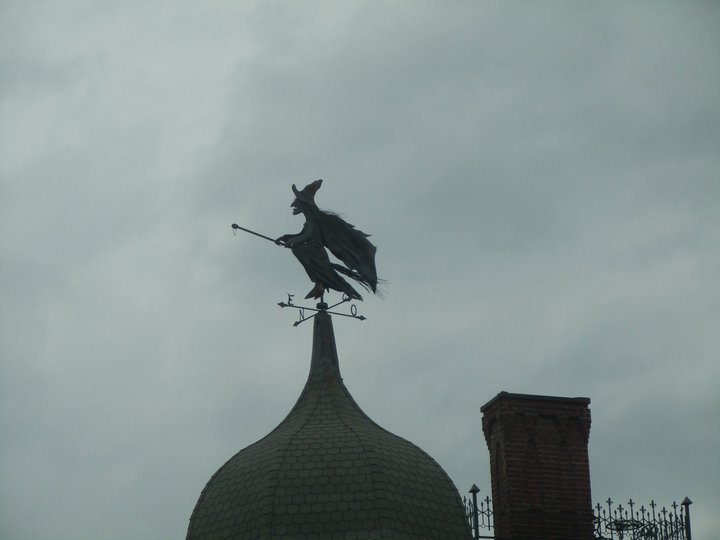 A nugget of Big Medicine every day. #82 Advice for the ages Early in my career as a paramedic, I was lucky […]

by Hal Newman The latest in a countless series of grave warnings sent by email with an ever-changing list of signatories, this […] 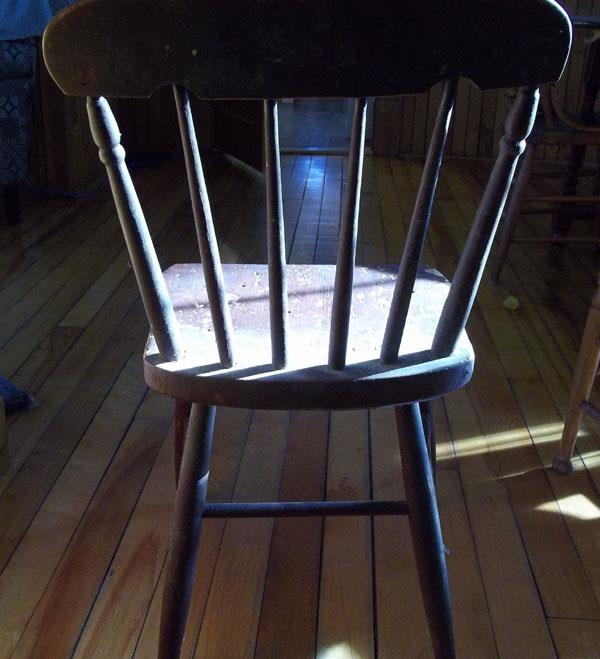