The great flu pandemic of 2007 hasn’t happened yet. But don’t go away! The pandemic flu knows no seasons, and isn’t a once-a-year event. Bird flu is spreading – mostly among birds so far, and in many places. What we don’t know about it would fill volumes: we never know enough beforehand. That seems to be a law of nature. Grim scenarios might still happen.

I wrote: “Ethics and Triage – A Nasty Scenario” a few months ago, suggesting that even with the best of pandemic planning, our health care systems might become overwhelmed if one or more of the basic assumptions proves too optimistic. I received feedback suggesting that our propensity to go into ‘feeding’ frenzies when confronted with real or anticipated scarcities of anything – such as popularized toys or almost anything else – makes it inevitable that the ‘nasty’ scenarios, including riots and mayhem, are highly likely. In other words, the breakdown of civilized norms will surely accompany pandemic. My good friend Thomas Hobbes has described life in such circumstances as “nasty, brutish, and short.”

Such frenzies could happen, and might happen here and there. However, the records of what happened in the London Plague of 1664-65 and what has happened since in times of war, pandemic, and disasters both natural and deliberate, including ice-storms, floods, hurricanes, earthquakes and tornados, suggest that we humans are amazingly resilient and will as a rule help each other. The folks who make up the ‘grass-roots’ in our communities, though usually ignored by the planners, are our great strength.

Planning can help. Preparation, including training and education, can help greatly. First Responders are mightily needed. Central governments can play a key role in organizing supplies and logistics, and bringing in emergency legislation such as quarantines. But as we have seen time and again, it’s the folks on the ground where and when ‘it’ happens, who must do the coping.

The professionals can seldom get to the scene (or many scenes simultaneously) immediately. Sometimes it can take hours, days, and even weeks to get through the debris. Too often, the jurisdictional barriers are worse than the physical ones. Until the professionals arrive, people suffer and die without recourse other than helping themselves, and helping those around them. Sometimes, as in a pandemic, too many will suffer and die; regardless of what we do. But we must do what we can while we can.

The more distant the authority, the longer the delay: the more immediate to the disaster, the quicker the response. Centralization has no place in disaster first response. Its main utility is in churning out press releases justifying its existence.

We organize for disasters ass-forward and upside down.

Pandemic Flu Planning: “A Flow is a Quantification of Assumptions” by David A H Newman [Dec 6 06] References. I have made […] 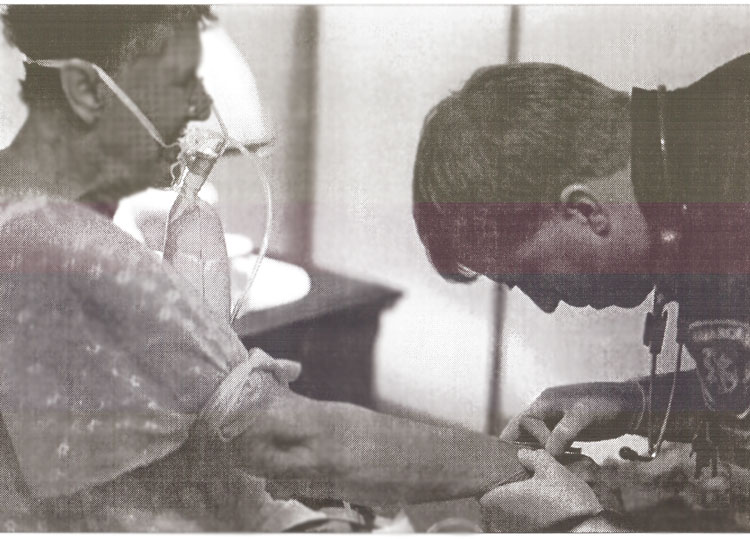 A nugget of Big Medicine every day. #52 Build on strengths Dean DiMonte was raised in a tight-knit family where stepping up […]

Danger Pay by David A H Newman [Aug 27 07] Back when SARS threatened Toronto, the Ontario government of the day introduced […]