The following account is based on Daniel Defoe’s famous “A Journal of the Plague Year.” He wrote it in 1722 — the result of interviews with survivors and extensive research into parish records, brought together by a remarkable novelist and investigative reporter (in the true sense).
The Arrival of the Plague

The plague had visited 60 years before, and a few times each century for centuries before that, but with the exception of the terrible “Black Plague” of the 13th century, each visitation was no worse than those of the other scourges – flu, smallpox, and starvation.
There was no reason to expect anything different.

When the plague reached London it wasn’t a surprise; it had been reported in Amsterdam and elsewhere on the Continent. It moved slowly from town to town.

There were 3 plague deaths from late December 1664 through January 1665; they were all in the same house where visitors from the ‘Continent’ were staying. A fourth death was registered in early February: this time in another house in the same parish.

The winter was long and bitter cold and this seemed to inhibit the infection. Then it turned warmer: more cases were reported, but not in epidemic proportions, and confined to one part of town. But the reports were incomplete and it soon became evident that the plague had spread “beyond all hopes of abatement.”

When do you know that you face an epidemic: at the first death? when the trend is clear? And when do you know for sure what illness people are dying from?

London had a population of 500,000 in 1664. It was home to many illustrious scientists and physicians. But when the plague came what was known was not enough. “Where lay the seeds of the infection? How come it emerged when and where it did?” Why did the plague never again return in such a virulent form?

The plague came in bubonic, septicemic, and pneumonic variants. Symptoms were not always evident: many didn’t know they were infected for several days; they continued to move freely and spread the disease “till the inward gangrene affected their vitals and they died in a few moments” nor could the cause of death be known for certain until an autopsy was performed.

When should ‘The Authorities’ let the public know? To declare an emergency might cause panic and disruption; not to speak out might doom many who might heed the warnings and take precautions.

Fear and rumour compounded the risks. Quacks came from all parts to sell their nostrums at exorbitant prices. None of them worked; by the end the quacks had fled or were dead.

It seemed all regulations, precautions and remedies were useless. Abandoning hope, many went out and gathered freely, as if there was no infection. The plague spread faster.

The plague killed nearly everyone there was to kill in the infected parishes. At least 100,000 died. “Whole streets of families were swept away together.” It finally self-destructed like a fire that had consumed all its fuel.

WHAT YOU CAN DO WHEN YOU DON’T KNOW ENOUGH

“Let not such a contagion as this, which is chiefly dangerous to collected bodies of people, find a million of people in a body together. The plague, like a great fire, if a few houses only are contiguous where it happens, can only burn a few houses. But if it begins in a close-built town, and gets a head, there its fury increases: it rages over the whole place.”

Run for your Life

Get out of town early. The wealthy and those who could afford it left town. This exodus continued through May and June; spurred by rumors that the government was about to set up barricades on the roads. Without a Pass and a Certificate of Health “there was no way to being admitted to pass through the towns upon the road, or to lodge in any inn.”

Many of the poor, out of work and desperate, fled to the countryside. Many were not sick, but having no place to go, were forced to wander until they died of exposure and malnutrition, or from the disease.

“Country folk would carry out food and place it at a distance. When the wanderers died, the people would dig a hole to windward, and drag the bodies into these pits with long poles, and cover them.”

The Lord Mayor and other officials stayed at their posts. They used the City treasury to help sustain the poor. By order of the Lord Mayor, even at the height of the plague, bread and other basics were made readily available and price-gouging was forbidden. .

To quote an old maxim: “Shun it as if it were The Plague!”

Some families stockpiled food and other essentials and shut themselves in for the duration: keeping their houses “like little garrisons and suffering none to go in or come near them.” [Reminiscent of the early 1960’s nuclear attack panic — bomb shelters in backyards, taking to the back woods, gun in hand to fend off neighbors.]

But in many households, someone had to venture forth to shop for food and other necessities, and inevitably came into proximity with others on the street and in shops, and brought the infection back into the home.

[Conventional disaster planning suggests keeping 72 hours of food and water on hand. In the event of a pandemic, 6 months of supplies would be a minimum!]

Destroy the (presumed) Carriers of the Infection

Not knowing by what agency the plague was communicated, they did what seemed reasonable: “We were ordered to kill all the dogs, cats, mice, and rats: for they are apt to run from house to house and might carry the infection in their fur.” [With Avian Flu, should we slay all the birds too?]

[The irony of killing off the cats and dogs was that they were the main anti-rat weapon, and it was the virus carried by the fleas on brown rats that carried the plague; but no one knew that at the time. Still, fleas do transfer to other carriers, and cats and dogs might have carried the disease that way.]

Get the Facts: Inspect and Verify

If anyone in a house had plague symptoms or fell dangerously ill without apparent cause of some other disease, the head of the household had to notify the authorities within two hours. But given what would happen to one’s household if one did report (see below), few would want to.

Examiners made sweeps of neighborhoods to list “what persons be sick and of what diseases, and upon doubt, to command restraint of access until it appear what the disease shall prove.” If you fell ill it was assumed you had the plague and you were quarantined at home until it proved otherwise.

Inspecting and verifying works when there are just a few cases. But when entire streets and neighbourhoods are stricken, few will dare go there.

The rules were first promulgated by James I during an outbreak in 1603: “Anyone found to be sick with the plague is to be shut up in the same house, and the house is to be quarantined for a month,” marked prominently and placed under watch day and night so no one leaves or enters.

Officials charged with visiting, examining, or nursing the sick, or with carrying away the dead, were ordered not to engage in any ‘social’ contacts. They had to carry signs warning others to keep clear [like a leper’s proverbial ten-foot pole with a bell on it.]

Sickroom beddings and apparel had to be fumigated or burned. Nothing could be removed from infected houses. The entire trade in second hand clothing and goods was shut down.

But when the plague spread the law became meaningless. Those under house arrest in close quarters with the plague knew they would die miserably if they stayed; so many tried desperately to escape. Those charged with standing guard had an incentive to accept hefty bribes to look the other way, or to desert (because duty and death marched together).

Plays, bear-baiting, games, singing, ballads, such-like causes of assemblies of people, and public feastings were banned. There was a curfew on taverns, ale-houses, and coffee-houses. Few ships ventured in and none were allowed to leave.

Have Enough Hospitals, Staff, Supplies, and Transportation ready Before “It” Happens

To be shut in at home with the plague meant death. Being treated at one of the two hospitals meant a chance of recovery. More hospitals and more physicians and nurses to staff them would have significantly reduced the mortality rate, would have provided a much more effective quarantine of the sick, and the general population would have been better protected [as was the case in Toronto during the SARS outbreak.]

The system could cope with small numbers of victims but could not handle the scale of the emergency: an epidemic can overwhelm resources and facilities — more so if the infection runs its course through a victim in a matter of hours or just a few days..

At the start, there were many courageous doctors and nurses who valiantly did what they could, but they caught the infection and died: so by the time the epidemic reached its peak, the resources available to fight it had been reduced to a minimum.

Dispose of the Dead

The numbers to be buried at the peak (10,000 a week) almost overwhelmed the authorities. Only the most desperate and destitute, (and a few saintly souls), could be persuaded to take on the task of collecting and burying the dead (and the near-dead!). But “not withstanding the great numbers of dying and sick, the bodies were always cleared away and carried off every night, so it was never to be said of London that the living were not able to bury the dead.”

Greed, desperation, and an attitude that anything goes, led to break-ins of houses from which all the residents had been carried out dead. Some even stole the clothes and boots from the corpses of plague victims.

Do what is Necessary 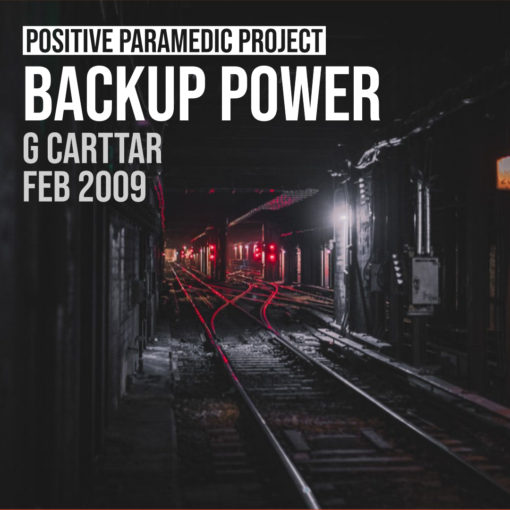 Lessons Learned from the Ice Storms: Backup Power by Greg Carttar [Feb 6 2009] As you surely know, Southern and Southeastern Missouri, […]