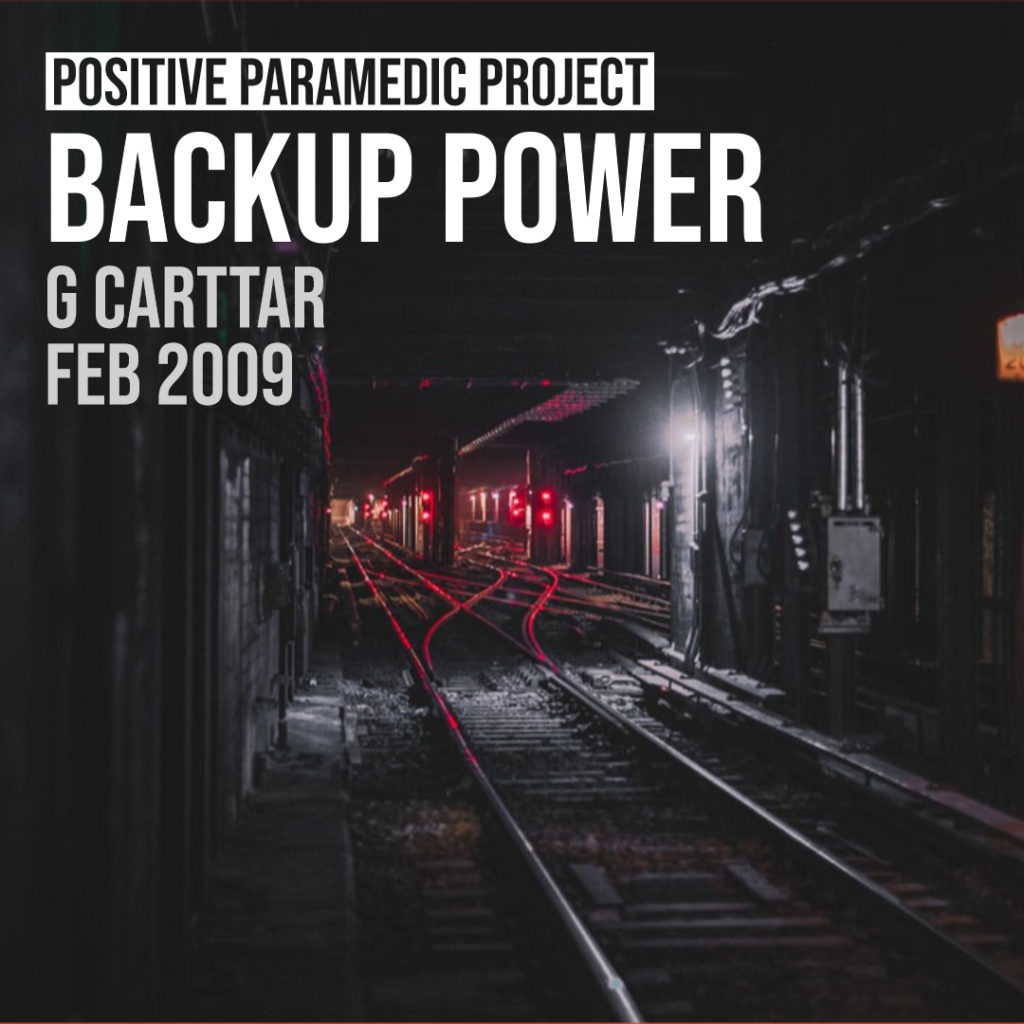 During the day Friday, we were on the way home from a project in Utah on the highway in Nebraska, and began getting calls from communities in Southeastern Missouri needing generators for critical infrastructure. They had been dark for two days. We arrived home in Branson at 0400 to find parking lots encased in ice three to four inches thick.

At 0800, the phone started ringing and we spoke with the local Emergency Manager and the Mayor of a distant community and they told us they needed “generators for their wells.” End of specifications. No voltage, no amperage, no hook-up details.

Later in the morning we finally spoke to the Sewer/Water supervisor and were given exact power requirements for the municipal wells. We prepped our 250KW gennie and headed out at 1400, arriving at the community at 1900. By 1945, we were making 100KW and powering the main water well. The entire water system had been drained dry, and it took 18 hours to pump in the neighborhood of 700,000 gallons of water to refill their system and tower, and to keep up with demand once people realized that they could finally flush their toilets.

They had been without potable drinking water, sanitation water, and fire suppression water for three days by that time. The sewer lift stations were still not functional. They had received a generator “from FEMA” for the main lift station, but had been unable to put it into use because it “had the wrong connector.”

This sounds pretty straightforward, but here is what got them into trouble:

1. The Call had gone out “for generators”, but nobody at the Emergency Management “table” knew what they actually needed in terms of generator capacity or configuration. The S/W Supervisor was not “at the table,” but at least he was available to go up to the well and see what the fuse sizes were, from which we could chose the correct machine. He did know that it was a 480volt pump. There were no provisions at the well sites for connecting emergency power sources. We had to disconnect the pumps from utility lines and pigtail directly into their disconnect panels.

2. Generators did arrive from other resources, but were incorrectly sized and incorrectly configured for voltage. The S/W Supervisor had determined that none of the generators that had arrived were strapped for 480 volts. We later determined that a 180KW 3-phase generator had been delivered for use at a sewer lift station that required 10KW single phase. The feeder cable was too big to be tied into the lift station.

3. While we were running at 100KW, we burned around 200 gallons of diesel fuel in 18 hours for a consumption rate of about 11 gallons per hour. If this gennie had been running at full capacity, it would have burned around 360 gallons in the same time period. The only means that the S/W supervisor had for getting fuel to us was a 55 gallon barrel and a hand pump in the back of his pickup. He was supplying everything that could not drive to a fuel pump with that arrangement. It was all he had. Towards the end of the emergency, we had gradually gotten ahead of their ability to bring us sufficient supply to keep up. Had we been required to run for an additional 8-10 hours, we would have been in trouble.

4. Once we got the water system filled up, a boil order remained in place because there had been an interruption in chlorination, and the city water was not yet judged to be potable, although sanitation was back on track. Even though city water was restored, the bottled water distribution effort had to be maintained, occupying people and using resources. As utility power began to come back on, restaurants which now had power could not resume full service due to the boil order.

5. When the residents figured out that they could now flush, the lift stations began to back up and overflow, precipitating another urgent situation. We were able to use the “tender” generator for our big unit to energize a lift station and overcome the overflow.

This basic circumstance was repeated in community after community.

Based on this experience, these are recommendations that Emergency Managers should take to heart in their planning for subsequent events:

1. Develop a master list of power requirements for all critical infrastructure for which you do not have backup power. It should include voltage, phase configuration, and horsepower/amperage requirements. This means every well, every sewer station, everything that you require to maintain sanitation and potable water. If you have to call on outside resources for generators, you will know exactly what you need.

2. Using a formula such as 2.5 gallons/hour per 10KW of power, project what your likely fuel consumption will be and make sure that you have supply contracts or arrangements in place.

3. Your supply arrangements may have to include providing power to your local petroleum bulk plant so that they can provide fuel to you. If they cannot pump it, you cannot get it.

4. Having a fuel supply is great, but you will also need DISTRIBUTION ability to get it where it is needed.

5. Install either transfer switches, or a means to rapidly connect emergency power to your infrastructure with approved connectors. Camlocks are the most common connector for large circuits, and most rental generators are pre-configured with them, or come with camlock pigtails which can tie to their lugs. If you have camlocks installed on your pumps, it is a plug-and-play solution.

6. Bring the grizzled guys who know how your infrastructure works to the table BEFORE the emergency hits. Invest them in the planning process so that you have good information. They will be very busy after the flag goes up. They may not wear suits, but they know where the bodies are buried. They can save your bacon. Have people who know power who can facilitate hook-ups and people who can make sure that your gennies stay running. None of them will be wearing suits either.

7. Make these plans so that your infrastructure never collapses in the first place, because if it does, the recovery and restart can take a significant amount of time which you do not have to spare.

8. Document, document, document your manpower and expenditures from the moment that you know the storm is coming. When FEMA comes in to do a PDA, you will need to know that information in some detail to develop a reasonable estimate and speed the process of getting a declaration. We sat in on a couple of PDAs after the event and learned a great deal about that documentation and how we need to help a customer document so that they can be reimbursed for extraordinary measures taken.

9. The FEMA person told me, “I want to talk to the secretaries, the bookkeepers, the “girls in the office” that know what the operating costs of the municipality are in normal times, because they have the information to do accurate and reasonable estimates.” Get those folks familiar with the FEMA schedules and have them thinking in those terms BEFORE the flag goes up.

I’m sure that most large communities are better prepared than small ones. That in no way diminishes the emergency that a smaller community experiences.

And, nothing in this narrative should be construed to be a criticism of the EM or Municipal Government in this community, and certainly should not be construed to suggest a lack of competency. Nothing could be further from the truth. They just did not think that it would happen this way.

Not all of the emergency managers who read this are in large cities. Many and possibly most, are volunteer or part-time people. These are the folks I’m trying to reach.

I had a small-town emergency manager say to me over the last few days, “This is NOT what I signed on for.”

Well, yeah, actually it is. With preparation, you can get through this.

Thanks for your time.

Danger Pay by David A H Newman [Aug 27 07] Back when SARS threatened Toronto, the Ontario government of the day introduced […]